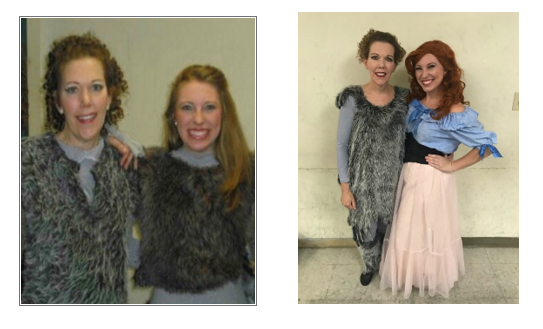 It is with both sadness and excitement that we share the news that Jamie Harrington, Town’s long-time Youth Theatre Director, will be departing at the end of the summer. Jamie has accepted a job with Dutch Fork High School as a theatre educator. Jamie has been with Town for more than a decade instructing our youth as well as assisting our Technical Director and directing/performing in some of our main stage shows. We are truly happy that Jamie is off on another adventure and are grateful for her service to Town. While we will miss having her here, we are excited about the opportunity to partner with yet another theatre educator in the school system. We also are excited that she plans to be back as a main stage show director.

While we announce this departure, we welcome the arrival of Scott Vaughan who will take on the role of Youth Theatre Director. Scott currently serves as the theatre instructor at Satchel Ford Elementary School and, in this capacity, brings a tremendous wealth of knowledge and talent to the table. Scott has performed on the Town stage as well as throughout our local community and the country.

Our youth theatre program will continue to be served this year by Megan Douthitt, Assistant Director, and Jeremy Reasoner, Musical Director. We are excited to have this team together. Details for our fall 2018-2019 program may be found here.

In honor of Jamie, Town is establishing a scholarship fund that will allow students to participate in our youth theatre programs who financially may not be able to do so. If you would like to contribute to the fund in Jamie’s honor, you may donate here. Simply note your contribution is in honor of Jamie Harrington. Or, send your donation to Town Theatre, 1012 Sumter Street, Columbia, SC 29201 with an indication that your gift is for the scholarship fund.