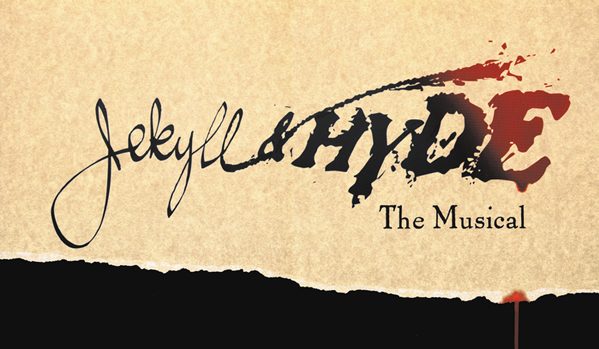 Make plans now to audition for Jekyll & Hyde on Sunday, January 30 OR Monday, January 31 at 7:30 PM. Auditions will take place at Town Theatre.

About the Show
The struggle between good and evil comes to life on stage in the musical, Jekyll & Hyde. Based on the classic story by Robert Louis Stevenson and featuring a score of pop rock hits from multi-Grammy- and Tony-nominated Frank Wildhorn and double-Oscar- and Grammy-winning Leslie Bricusse, Jekyll & Hyde is an evocative tale of one man with two personalities–A devoted man of science, Dr. Henry Jekyll is driven to find a chemical breakthrough that can solve some of mankind’s most challenging medical dilemmas. Rebuffed by the powers that be, he decides to make himself the subject of his own experimental treatments, accidentally unleashing his inner demons along with the man that the world would come to know as Mr. Hyde.

Audition Details
Bring 16 bars of music in the style of J&H to be played by an accompanist or a device with proper cables to play it on. No a cappella auditions, please.  Please be dressed for movement.

The show is under the direction of Jamie Harrington with musical direction by Amanda Hines and choreography by Tracy Steele. The show runs May 13-28.

All roles are available. (Descriptions from the MTI website.)

Henry Jekyll / Edward Hyde: Jekyll is a doctor obsessed with discovering the true nature behind the good and evil in man and Emma’s fiancee. After he uses an experimental formula on himself, his evil side – Edward Hyde – takes control. As Hyde, he is violent, commanding, and a sexual deviant attracted to Lucy. Age: 25 to 45; Vocal range Bb2 to A4.

Gabriel John Utterson: Serves as Jekyll’s lawyer and helpful friend. He advises the troubled doctor on personal and professional affairs. Age: 30 to 45; Vocal range B2 to F#4.

Sir Danvers Carew: Emma’s loving father and Chairman of the Board of Governors. A charming and gentle man. Age: 60 to 70; Vocal range C3 to F#4.

Simon Stride: The secretary of the Board of Governors and Jekyll’s rival for Emma’s affections. Age: 30 to 40; Vocal range A2 to G4.

Bishop Of Basingstoke: A hypocritical, sadistic man of the cloth and a member of the Board of Governors. Age: 40 to 60; Vocal range C#3 to G4.

General Lord Glossop: A pompous retired army man and member of the Board of Governors. Age: 50 to 60; Vocal range G#3 to C4.

Emma Carew: The daughter of Chariman Danvers and Jekyll’s beloved finacee who is refined and desired by all of the socialite men. Age: 25 to 35; Vocal range A3 to C6.

Lucy Harris: The gorgeous ‘main attraction’ at a local gentleman’s club. At the bottom of her luck, she becomes the object of Hyde’s obsession. Lucy is feisty and wild, but also cautious and aware. Age: 25 to 35; Vocal range G#3 to F#5.

Get tickets by clicking logo!