ABOUT THE ARTIST ~ Ashley Fleshman 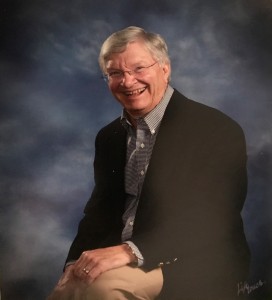 Having spent most of his adult life selling commercial food equipment and playing trombone, Ashley had no time to develop latent artistic abilities.  Shortly after retirement from Hobart Corporation in 2006, however, he began following in his father’s footsteps and took pen-and-ink drawing.  Before long, he began adding a little color to his pen and inks.  Next he delved into the world of chalk pastels, then watercolor.

Most of his artwork comes from photographs taken on vacations across the United States, but some comes form his own backyard, and although the subject matter varies, his perspective is usually up close and personal. Ashley “learned the ropes” at Town Theatre when his daughters were involved in the Young Town Players.  So, not to be left out of the fun, he worked backstage for a number of years. Ashley’s experience with Town Theatre began by playing trombone in the pit orchestra.  He has been a part of the pit and back stage orchestras on numerous musicals.  Ashley says that “although not a typical depiction of TT, this piece is one that is dear to my heart and the hearts of many who labored in love behind the scenes of Town Theatre.”

To view his artwork visit his website at www.ashleyfleshman.com. His work is displayed at 1425 Richland and other Trenholm Art Guild venues. 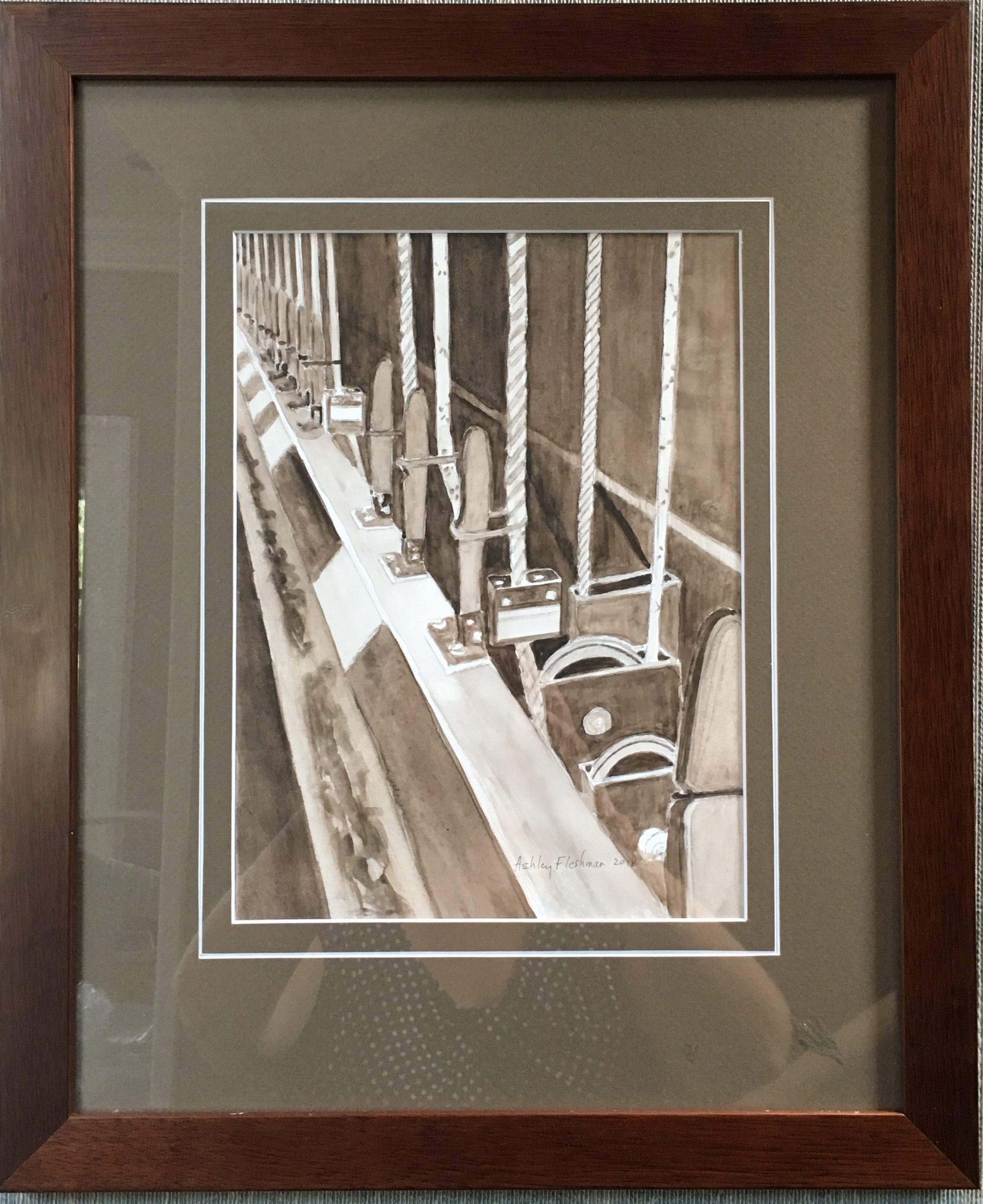 Title:  “Learning the Ropes”
Inspiration for the work:  A unique backstage view after many years of learning the ropes!
Medium:  Watercolor on paper  Size: 15” X 18”

Bid on Ash’s piece here ~ or check out all of the pieces here!